Mesh networks are a network of interlocked routers called nodes, or points. These nodes work with one another to supply internet coverage over a broad area, something a traditional home network can’t provide.

In a regular home network setup, there’s a single router provides network/internet coverage as far as it can reach, through walls, out the door, up to the stairs, etc. Mesh networks consist of multiple routers that each provide coverage but is still a single network since each is also communicating with the other nearby nodes.

The result is a single network that has far better coverage than a single router can provide. A mesh network can deliver internet access anywhere the nodes can reach, like through a three-story house or even across several city blocks. 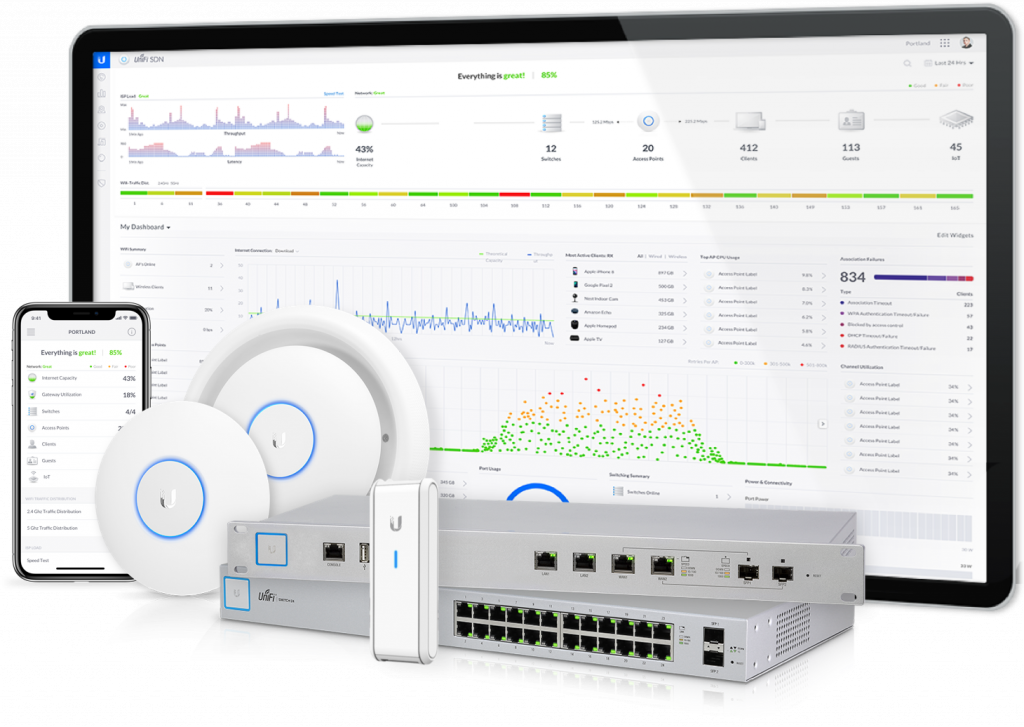 Mesh networks can easily, effectively and wirelessly connect entire cities using inexpensive, existing technology. Traditional networks rely on a small number of wired access points or wireless hotspots to connect users. In a wireless mesh network, the network connection is spread out among dozens or even hundreds of wireless mesh nodes that “talk” to each other to share the network connection across a large area.

Mesh nodes are small radio transmitters that function in the same way as a wireless router. Nodes use the common WiFi standards known as 802.11a, b and g to communicate wirelessly with users, and, more importantly, with each other.

Nodes are programmed with software that tells them how to interact within the larger network. Information travels across the network from point A to point B by hopping wirelessly from one mesh node to the next. The nodes automatically choose the quickest and safest path in a process known as dynamic routing.

The biggest advantage of wireless mesh networks — as opposed to wired or fixed wireless networks — is that they are truly wireless. Most traditional “wireless” access points still need to be wired to the Internet to broadcast their signal. For large wireless networks, Ethernet cables need to be buried in ceilings and walls and throughout public areas.

Ask for your free security inspection

When installing CCTV, or upgrading an existing system, you will probably need help in making some decisions about the type and number of cameras needed, their placement, the operating software and other hardware required. In addition, you’ll need the training and support to ensure your system is kept working to its full potential.

At Leamy CCTV we are happy to discuss your security needs with you by offering an onsite, no obligation security inspection and quotation service.